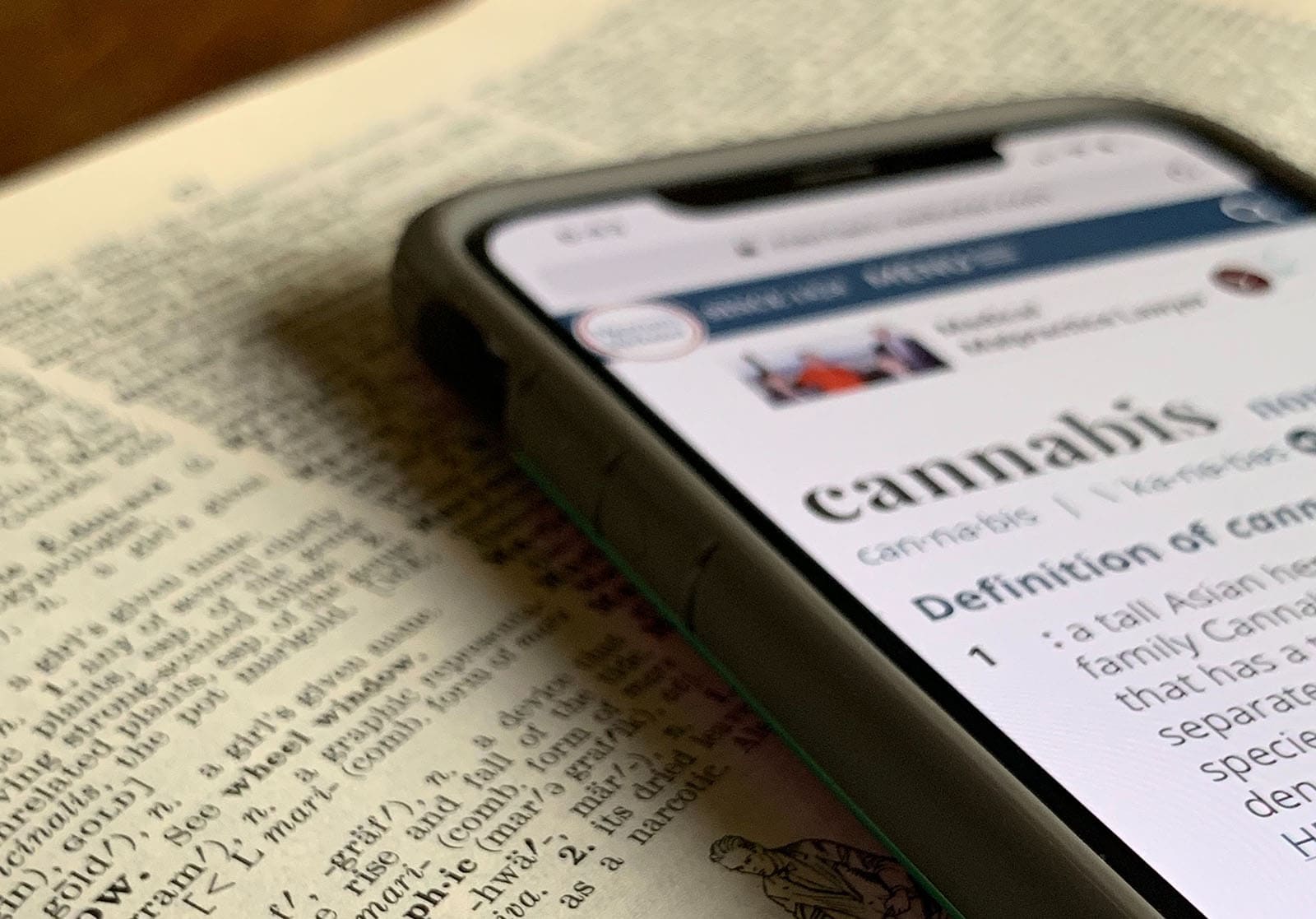 my relationship to weed? it’s complicated

Cannabis has never been one thing to me. Since my early teens until this day, the role it plays in my life continues to shift. Here are some of the ways it’s influenced and changed my life.

My first time getting stoned was emotionally chaotic, the closest I’ve experienced to living a nightmare.

Maybe it had something to do with the fact that my brain wasn’t fully formed—far from it, actually. I was 13 and with a bunch of girlfriends. They had all smoked weed many times before, usually stolen from their parents or an older sibling’s stash. My household didn’t have that kind of access.

It was the summer before my first year of high school, and I wanted to start checking off my Things High School Kids Do to-do list. Smoking weed was right up there with having sex and getting drunk.

It was one of those nights spent hanging out in a group without a plan, just bouncing around aimlessly from whoever’s house was absent of parents, to a park, to a fast food restaurant— safe havens for bored teenagers.

We were on the back deck of my friend Laura’s dad’s house, reveling in the freedom of him not being in town. A joint was passed around and I decided to go for it.

I took a long haul, held it in and immediately started choking, then ran inside to find my asthma puffer. After inhaling, I realized that I was on a plain that was different from a second ago. Time was hard to grasp. The world around me was moving in slow motion but my thoughts were racing. I watched as my friends gathered their things so we could make it to the next stop of our night.

Laura put a chair on top of the table for reasons I couldn’t grasp and started to panic. Uh oh. She’s on another plane too. And it’s not a good one. I’m on drugs. I’m on the plane of drugs.

On the way to the bus stop, I ran up to a couple and begged them to take me to the hospital—I was on drugs! They skirted out of the way and gave me a dirty look, while my friends assured them we were fine. We stopped into a McDonald’s where I looked at myself in the mirror. My face had the purple tinge of a corpse. I kept thinking I peed myself and brushed the crotch of my pants to be sure (I hadn’t).  I was living a nightmare and it was all my fault for trying drugs. I wondered if I’d damaged my brain permanently and this would be my new reality. I panicked. Before bed, I heard an amplified dog barking, going back and forth between each ear.

The next morning I was relieved when I realized my new reality wasn’t one that exclusively involved hallucinations and constant panic.

I called a friend who was a weed-virgin and told her I’d tried drugs and it was basically like acid —a drug I hadn’t done. Despite the horror I’d lived through the night before, I felt wiser and experienced. I checked off that box.

Despite that frightening experience, I kept experimenting with weed. It was pretty unavoidable. I attended a public high school in Toronto where liberals sent their kids because it was the closest to private school as you could get. Weed was readily and constantly available. I mostly joined in on giant groups of smoke circles before a rambling weekend night out, even though there were plenty of wake and bakers who’d show up to class stoned every day of the school week.

I set boundaries early on. I have a distinct memory of riding the bus home from an afternoon of basement hanging, where I’d tried a bong for the first time. I was marinating in a cozy warm pocket of uplifted-ness and thought, I wish I could feel this way forever.

Weed as an escape

My connection to weed in my 20s was hot and cold. My first experience with edibles once again brought out the living nightmares of my first experience. Smoking it made me laugh more and helped flood my brain with ideas. But I never fully accepted it as a regular part of my life, only something I’d dabble in if it were presented to me.

In my second year of university, my boyfriend’s name was John, but all my friends called him Chron—short for Chronic—because he was such a heavy consumer. Despite dating less than a year and never in the same city, he moved in with me in Victoria. I should have noticed the red flags, like when he lost his mind after I’d settled on a non-smoking basement suite in a desperate attempt to find decent housing in August, when all the other students are looking too. Not surprisingly, things didn’t last (along with his alarming temper, he kept reading my diary, even after I’d hide it and address him directly in some of the entries). Chron fostered negative associations with weed for me. I gave it up for five years.

I picked it up again to soothe the agony of my first real heartbreak. I moved in with roommates after leaving our shared apartment, the same apartment he was going to live with his new girlfriend (who he’d met in Ibiza). When my roommate offered me  hash via a hot knife before we binge-watched Deadwood, I accepted. Suddenly, I’d found the only thing that helped drift my mind away from the obsessively bad thoughts I was having about my ex-boyfriend and his new girlfriend who was living in my old apartment. And so it became my new favourite thing.

Alcohol was now the vice that I physically revolted against, a reaction that developed from years of living with that ex, who was a scary drunk. I became a teetotaler but started to indulge regularly with weed. Since pot was the only thing that made me feel better—the lozenge to my sore heart—it became part of my routine.

Weed as a fixation

For the first decade of regular use, I had boundaries. I wouldn’t smoke before a big work day; certainly never before yoga or before dusk. Since it wasn’t readily available, I relied on my generous friends’ supply, and eventually, a dealer with an inconsistent schedule. My life wasn’t unravelling as a result of my cannabis use, but I still worried about my intense draw to it. If I knew there was pot in the vicinity, I couldn’t think about anything else. I became consumed with my lack of control, the inability to turn it down if it were presented to me.

Those boundaries and that concern is long gone. I am now a daily user and a functional stoner. I go out of my way to make it part of my routine. Getting stoned before the gym, family events or even a business meeting doesn’t faze me. It doesn’t have the same effect on me as it once did—there are not as many intense revelations, or uncontrollable waves of creativity. It’s simply a shift, a welcomed distraction, a different feeling to what I was feeling before.

Weed as a career

I’ve consistently covered the weed beat since my first real journalism job as a reporter for the Vancouver bureau of the Canadian Press, in the mid-2000s. A few years before legalization in Canada, I started writing first-person essays about my conflicted relationship with both the culture and the drug/plant itself. That work led to more work on the topic—including an essay in a best-selling anthology about addiction—which has yet to dry out.

As Canada moved closer to legalization, the need for cannabis content intensified. People started sending me links for weed writing gigs. After working with one of the top American cannabis platforms, more and more opportunities came my way. For the year and a half leading up to legalization, I wrote about cannabis full time. I looked at it from all angles, all while regularly consuming it.

I never thought I’d say it, but at this point I’m pretty burned out by weed. It’s no longer the slightly naughty, mind-expanding crutch and fringe culture I loved to escape to. It’s now a regular part of Canadian life, a business and sector that has even more self-inflated blowhards than the other profession I’m most familiar with: journalism.

There were points in time in my life when cannabis didn’t consume it, and I know there will be again. I’m certain I can get to a place where it’s something I do on occasion, as opposed to perpetually. Over the course of my life, weed has shifted who I am and how I do things, for better or worse. I suspect that as cannabis continues to impact Canadian culture, my relationship with it will inevitably change, too. Let’s hope for the better.